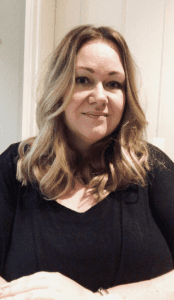 Lisa completed her teaching qualification at Loughborough University in 2002 and became an Advanced Skills Teacher within her first 2 years of teaching. She moved from subject leadership to become Head of KS4 in a large secondary school where she was responsible for pastoral care as well as pupil outcomes. Being passionate about supporting pupils to overcome barriers to learning, Lisa completed her National SENDCo Award through Northampton University. Having gained her SENDCo qualification she was promoted to a senior leadership role to develop inclusive practice across the school. Lisa made the move from mainstream to work in AP as Executive Vice Principal in 2016 and has gained valuable experience of working with vulnerable children and young people with SEMH needs. She led the opening of two new AP Free Schools in Lincoln and Mablethorpe and has worked closely with Lincolnshire Local Authority to deliver the AP strand of the Lincolnshire Ladder of Behaviour Intervention.

Stephen graduated with a PGCE in Science in 1994 from the University of Bath. Having taught in schools in Dorset, Essex and Lincolnshire Stephen became a Head of Science in a Lincolnshire school in 1998. After being appointed to a Local Authority School Improvement Team as Science adviser he became an Ofsted inspector, and worked with the Qualification and Curriculum Authority, Teacher Training Agency and National Science Strategy. Stephen gained his NPQH, has been a school leader in 6 educational establishments and proudly joined Springwell Alternative Academies in September 2019. Stephen believes unreservedly in promoting high standards and facilitating achievement and ambition for all young people that he feels privileged to work alongside.

Stephen loves working in AP as he enjoys seeing pupils who found mainstream education difficult to manage flourish and enjoy success day in day out. 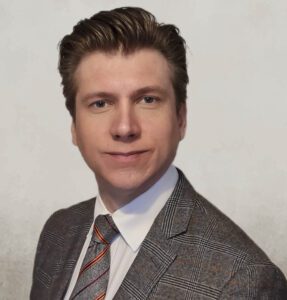 Gemma Garner is the SENDCo for Springwell Alternative Academy Spalding. She completed her degree in Psychology before completing a Postgraduate Certificate in Education with a focus on primary education. With an interest in special educational needs, Gemma then studied for and successfully gained the level 7 qualification in specific learning difficulties; dyslexia.

Before joining Springwell, Gemma has worked in several primary schools across three counties. During this time, she has lead key stage 1 and 2 respectively, was a SENDCo and a member of the senior leadership team whilst teaching the breath of the primary curriculum and coordinating different subject areas including literacy.

Recently she has completed the access arrangements course and is currently completing the National Award for SEN Coordination.

We use cookies on our website to give you the most relevant experience by remembering your preferences and repeat visits. By clicking “Accept All”, you consent to the use of ALL the cookies. However, you may visit "Cookie Settings" to provide a controlled consent.
Cookie SettingsAccept All
Manage consent

This website uses cookies to improve your experience while you navigate through the website. Out of these, the cookies that are categorized as necessary are stored on your browser as they are essential for the working of basic functionalities of the website. We also use third-party cookies that help us analyze and understand how you use this website. These cookies will be stored in your browser only with your consent. You also have the option to opt-out of these cookies. But opting out of some of these cookies may affect your browsing experience.
Necessary Always Enabled
Necessary cookies are absolutely essential for the website to function properly. This category only includes cookies that ensures basic functionalities and security features of the website. These cookies do not store any personal information.
Non-necessary
Any cookies that may not be particularly necessary for the website to function and is used specifically to collect user personal data via analytics, ads, other embedded contents are termed as non-necessary cookies. It is mandatory to procure user consent prior to running these cookies on your website.
SAVE & ACCEPT